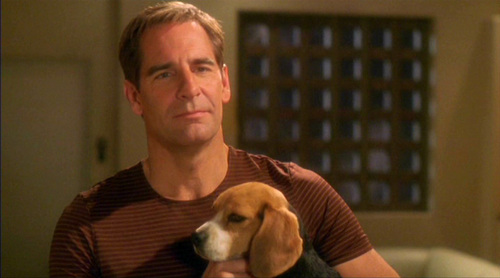 This interview was done for my Quantum Leap Podcast and has a spoiler level of “Mirror Image”.

SCOTT BAKULA has been recognized for his work in a variety of mediums, from feature films to television to musical theatre and more.

Bakula is now starring as the lead agent for “NCIS: New Orleans.” As ‘NCIS Special Agent Pride,’ Bakula’s character is described as “the embodiment of New Orleans, a unique federal agent working in one of the country’s most unique cities. He’s driven by the need to do what’s right, and he does it all with warmth, passion, strength and humor.’

Bakula was recently nominated for an Emmy for his supporting role in the award-winning HBO Films Liberace biopic BEHIND THE CANDELABRA. Bakula reteamed with his THE INFORMANT! co-star Matt Damon and director Steven Soderbergh in the film that features Michael Douglas starring as the famed performer, and Damon as ‘Scott Thorson,’ his young live-in lover. His fifth nomination (the previous four were for his work in “Quantum Leap”) was for Bakula’s portrayal of ‘Bob Black,’ the choreographer who introduced Liberace to Thorson. The film also enjoyed many nominations and several wins at the Golden Globes and SAG Awards.

Currently, Bakula is starring in the new HBO dramedy “Looking” from creator/writer/executive producer Michael Lannan. In the series about three 30-something friends living in San Francisco grappling with the modern gay experience, Bakula recurs as ‘Lynn,’ an attractive entrepreneur and pillar of the Castro community who befriends one of the series leads. HuffPost TV praised Bakula’s performance, saying:

“As he did in ‘Behind the Candelabra,’ SCOTT BAKULA steals every scene he’s in. He plays an older gay man who wryly observes the dating and mating habits of the younger generation, and he brought such warmth and depth to the character that one of my main takeaways from ‘Looking’ is that BAKULA, who was similarly great in ‘Men of a Certain Age,’ should be cast in just about everything. In any event, Bakula’s presence and air of experience add weight and depth to the show!”

Bakula has several projects in the can. He traveled to India to shoot the musical feature BASMATI BLUES with Brie Larson, Tyne Daly, and Donald Sutherland. He recently wrapped the feature ME HIM HER, the directorial debut from CHRONICLE screenwriter Max Landis. Bakula will play the middle-class Republican father of the film’s lead character, a young Hollywood star (Luke Bracey) who comes out as gay in the comedy film about friendship and sexual identity. The movie will also stars Dustin Milligan, Jake McDormand, Emily Meade, and Geena Davis as Bakula’s wife.

Bakula also shot the indie feature ELSA AND FRED starring opposite Christopher Plummer and playing Shirley MacLaine’s son ‘Gabriel,’ a character described as “Elsa’s conservative banker son, a bit stuffy and judgmental, who often argues with her about her spending habits.” The indie feature SNAP, in which Bakula c0-starred opposite Nikki Reed, Thomas Dekker, and Jason Priestley, premiered at the latest South-by-Southwest Film Festival in Austin, Texas.

Bakula was last seen starring in the critically acclaimed TNT series “Men of a Certain Age,” with Ray Romano and Andre Braugher. The series focused on three best friends since college who are were each experiencing their own form of mid-life crises as they approach 50. Bakula received much buzz from critics and fans alike for his performance as ‘Terry,’ a womanizing bachelor who becomes increasingly jaded as a fading actor, and is forced to consider beginning a “real career.”

In between his many film projects Bakula was also seen guesting on “Law & Order: SVU” and recurred on the final episodes of “Desperate Housewives” as a love interest to Marcia Cross’ character, through its finale.

In 2011, Bakula made his UK stage debut in the world premiere of “Terrible Advice,” a new play from Saul Rubinek (“Warehouse 13”), at the Menier Chocolate Factory in London. Directed by Frank Oz, “Terrible Advice” tells the story of Bakula’s ‘Jake,’ who shares some secrets and imparts some advice to best friend ‘Stanley’ on the verge of marrying the woman he loves.

Bakula made a well-received return to the big screen in 2009 as ‘Agent Brian Shepard’ opposite Matt Damon in the Warner Bros film THE INFORMANT!, based on the true story of the highest-ranking corporate whistleblower in US history. Helmed by Steven Soderbergh, the dark comedy film premiered at the Toronto Film Festival, with Entertainment Weekly praising his appealing performance, relating “the square-jawed, Missouri-born Bakula helps ground a story that grows increasingly absurd!”

Bakula previously served a four-year mission as Captain Jonathan Archer in “Star Trek: Enterprise,” for which he received a People’s Choice Award nomination for Favorite Male Performer in a New Television Series. His other recent credits include a multi-season recurring role on NBC’s action comedy “Chuck” (playing Zach Levi’s estranged father), and a recurring role in the sitcom “The New Adventures of Old Christine.” He has also appeared on Tracey Ullman’s “State of the Union,” “Boston Legal,” and the Nora Roberts MoW “Blue Smoke.”

Television fans know and love Bakula for his five-year stint on the innovative series “Quantum Leap.” For his multi-faceted portrayal of time traveler Sam Beckett, he won a Golden Globe for Best Actor in a Drama Series, in addition to earning four Emmy Award nominations, three more Golden Globe Award nominations, and four Best Actor Awards from the Viewers for Quality Television. Bakula also directed three episodes of the series. “Quantum Leap” still remains one of the most popular series in syndication around the world. There is also a “Quantum Leap” soundtrack album, which features songs performed by Bakula in several episodes of the show.

Bakula also starred in and executive produced the Showtime movie “What Girls Learn,” the CBS telefilm “Papa’s Angels” and the CBS movie “The Bachelor’s Baby.” Among his other longform television credits are the Showtime projects “A Girl Thing” and “Mean Streak”; the Lifetime movie “Blue Smoke,” based on Nora Roberts’ bestseller; the television adaptation of Tom Clancy’s “NetForce”; and the miniseries “The Invaders,” to name only a few. He also recently guest starred on “Boston Legal” and has had recurring or regular roles on such series as “Designing Women” and “Murphy Brown” among others.

On the big screen, Bakula has been seen in a broad range of feature films, including Irwin Winkler’s “Life as a House”; the indie film “Role of a Lifetime”; 1999’s Oscar®-winning Best Picture “American Beauty,” for director Sam Mendes; “Major League: Back to the Minors”; Clive Barker’s supernatural thriller “Lord of Illusions”; “Mi Familia (My Family)”; “A Passion to Kill”; “Color of Night,” with Bruce Willis; the football comedy “Necessary Roughness”; and Carl Reiner’s “Sibling Rivalry,” which marked Bakula’s feature film debut. He was also heard as the voice of Danny the cat in the animated musical “Cats Don’t Dance.”

Born in St. Louis, Bakula moved to New York in 1976 where he began his career on the stage. He made his Broadway debut in 1983, starring as Joe DiMaggio in “Marilyn: An American Fable.” In 1988, he was honored with a Tony nomination for his starring role in the Broadway musical “Romance/Romance.”

Throughout his career, Bakula has continued to return to the stage, recently appearing at the famed Hollywood Bowl, starring as ‘Nathan Detroit’ in a limited run of the musical “Guys and Dolls” featuring Jessica Biel and a handful of Broadway heavyweights. Over the past few years, he has also starred in “Dancing in the Dark” at San Diego’s Old Globe Theater, and Jane Anderson’s “Quality of Life” at the Geffen Playhouse. His other recent theater credits include “No Strings” at UCLA’s Freud Playhouse, and a production of the Tony Award-winning musical “Shenandoah” at the historic Ford’s Theater in Washington, DC. Further stage credits include the critically acclaimed off-Broadway and Los Angeles productions of “Three Guys Naked from the Waist Down” and the Los Angeles and Boston productions of “Nite Club Confidential.” Bakula’s singing talents have also been showcased in performances at Carnegie Hall, the Kennedy Center Honors, and at the Hollywood Bowl.

Bakula joined the SAG Awards Committee in 2009. He was elected to Screen Actors Guild’s Board of Directors in 2008 and serves as an alternate to SAG’s National Executive Committee.

Bio and Photo from www.jdspr.com