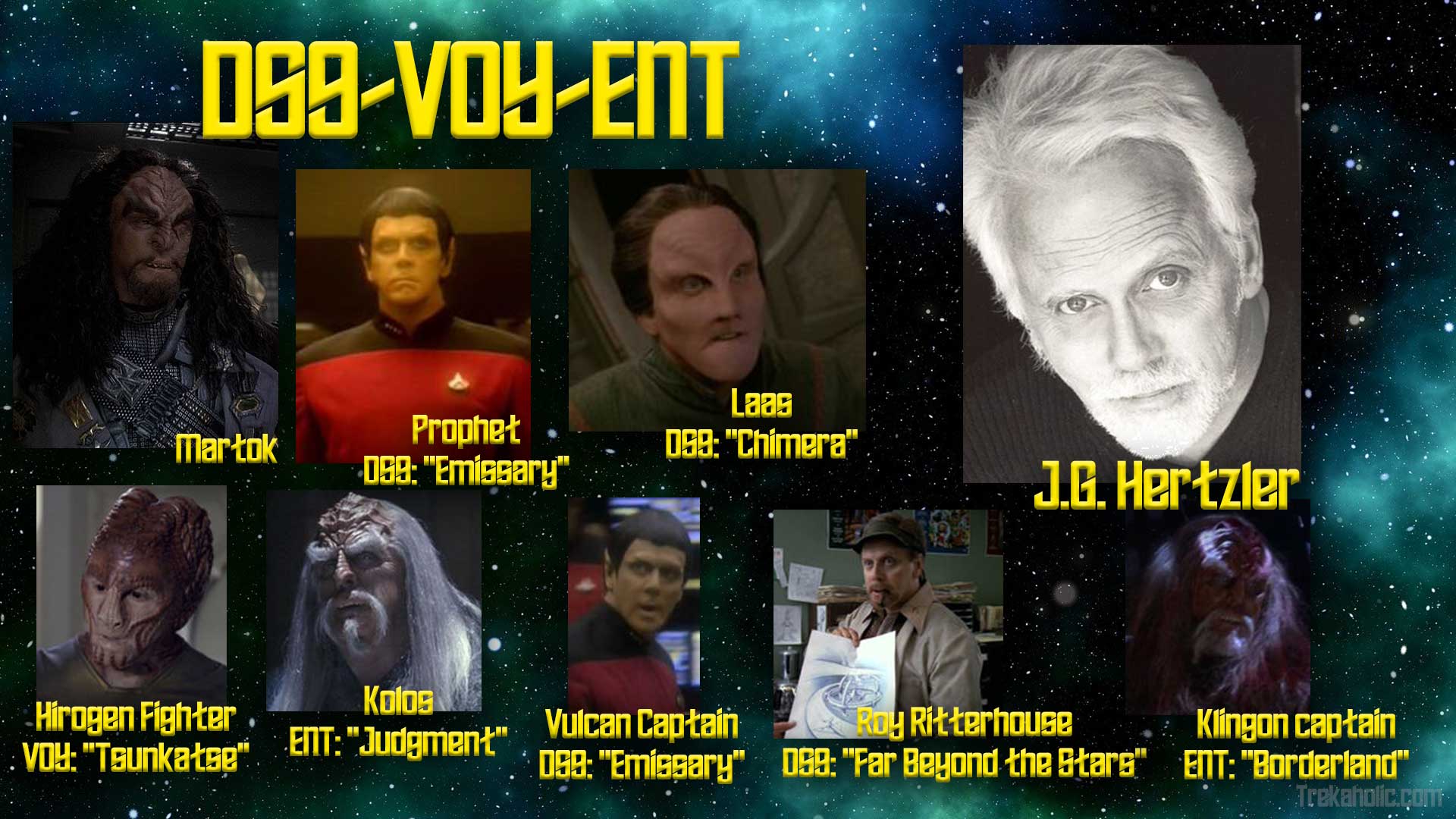 John Garman “J.G.” Hertzler (born 18 March 1950; age 70) is an American actor from Savannah, Georgia, who has portrayed many different roles on several Star Trek series. He is one of only five actors to play seven or more different characters in the Star Trek franchise, the others being Jeffrey Combs, Randy Oglesby, Vaughn Armstrong and Thomas Kopache. Hertzler’s best-known role is Martok, whom he played for four seasons on Star Trek: Deep Space Nine. He also wrote the continuation of his character’s story in The Left Hand of Destiny novel diptych with Jeffrey Lang.

In addition, Hertzler has provided voice-over roles on several Star Trek computer games, including Star Trek: Armada and Star Trek: Armada II as the voice of Martok. Hertzler also played the role of Koval in the independent production Star Trek: Of Gods and Men. In 2007, it was announced that Hertzler would play Harry Mudd in a forthcoming edition of Star Trek: New Voyages, which he would also direct.