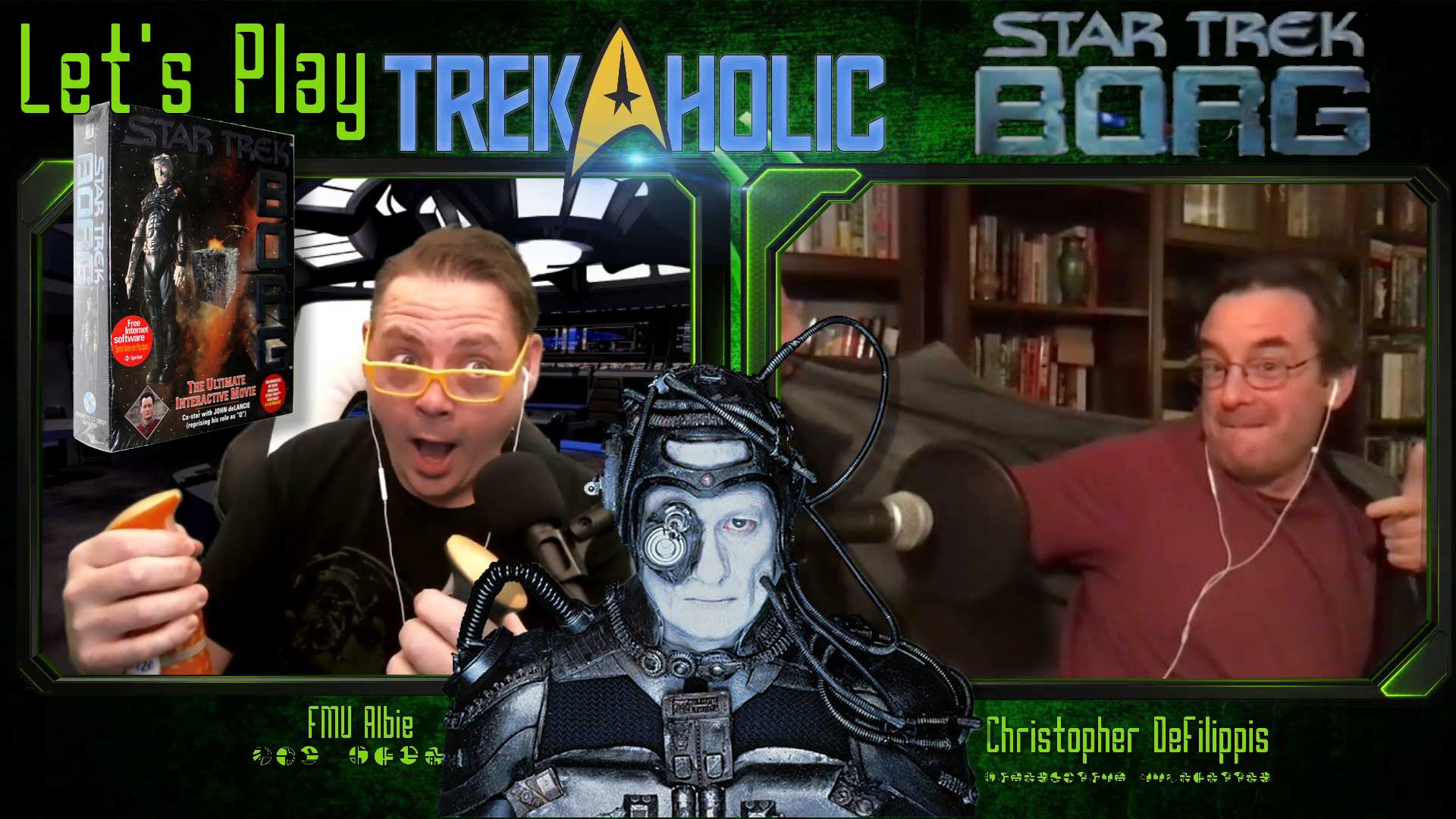 Star Trek: Borg is an interactive movie PC game and audiobook set in the Star Trek universe. It was written by Hilary Bader, directed by James L. Conway, and featured an original score by Dennis McCarthy. It was released in 1996 by Simon & Schuster for PC and Macintosh. Like Subscribe, and Ring the bell!

Our announcer is Zoe Dean More about her here

Check out the video version here

Star Trek Maps is a reference work demonstrating the stellar cartography and navigation system featured on the Star Trek television series, written from an in-universe perspective. It was published by Bantam Books in August 1980, and licensed by Paramount Pictures.

The box set included four four-color wall maps, and an instructional booklet from the “Technical Publications Section” of Starfleet Command.

In the midst of a Borg invasion ten years after the Battle of Wolf 359, Starfleet Cadet Qaylan Furlong is given an opportunity by Q (John de Lancie) to go back in time and prevent his father’s death in the historic battle.

Q sends Qaylan to the USS Righteous, his father’s Excelsior class starship, just before the Battle of Wolf 359. Originally, the ship’s security officer Coris Sprint was killed by a Borg intruder over four hours before the battle. Q gives Qaylan control of Sprint’s body at this point, allowing him to change history. Since Sprint is Bijani (a heretofore unseen alien race) he has the ability to go into a “Bijani Pain Trance” which allows him to complete jobs even when feeling immense pain. This plot device later becomes an important part of the story.

Meanwhile, Q takes over the role of Dr. Thaddeus Quint, whose personality is similar to Q’s.

At several points throughout the game, the player (Qaylan) is given multiple choices about what actions should be taken in various situations. Each action has a correct choice and several wrong choices. If the wrong choice is made the game either ends (e.g., ship destruction), or is re-routed back to the choice point (e.g., told to try again). In cases where the game ends, Q will reset time and allow the player to try again. It is often necessary to fail (and die) in order to gain information and then utilize Q’s power to “reset” time to put that information to use. If the player makes too many mistakes, however, Q becomes bored and the game ends.